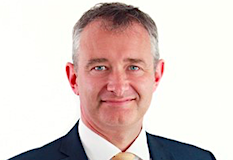 Shares of York-based “international assistance” firm CPP Group fell 14% after it said its 2016 revenue decreased 4% to £73.6 million and that chief financial officer Michael Corcoran would leave the firm on April 30.

On a positive note, CPP said 2016 revenue in its international markets rose 33% to £44.9 million including revenue from India which more than doubled to £15.2 million.

CPP CEO Jason Walsh said: “Since my return to the business last May, I have undertaken a review of the business and made a number of significant operational improvements. 2016 was a year where we laid the foundations for our future growth.

“We have started to see encouraging signs of customer growth although there is still work to be done.

“The strength of our international business is particularly encouraging, most notably in India.

“New product development is key for our business as we continue to provide assistance products to our customers.

“We will grow our business both organically, through product development such as OwlDetect, and through acquisitions where complementary.

“Following the year end, we acquired Blink Innovation Limited, an Ireland based business that will provide us with leading product development capability for our global markets.”

CPP chairman Richard Lapthorne said CPP had been dominated by its recent history and “had become an organisation preoccupied with the past” which was UK-centric in its focus and behaviour, despite the potential developing in its overseas markets.

Lapthorne said that CPP started work in 2016 to redefine the organisation “in order to refocus our resources towards building a successful international operation, using the talent and skills in our overseas businesses as well as those that we have in the UK.”

Lapthorne said that at the initiative of shareholders, the board was mostly changed in early May 2016 and new chief executive Walsh appointed.

Shortly afterwards, all the new directors were approved by the UK’s Financial Conduct Authority.

“A major review of the group’s strategy was launched during the year,” said Lapthorne.

“This review has already concluded that resources needed to be shifted towards providing greater support to our businesses in the rapidly developing markets for our products in India, China, Turkey and Mexico.

“At the same time, line management of the UK business has been separated from the group functions in order to treat the UK as a self-standing market alongside other developed markets, such as Germany and our southern European markets, as well as the developing high growth markets mentioned above.

“The UK’s regulated businesses have been ring-fenced against the background of establishing an open and constructive dialogue with the FCA.”