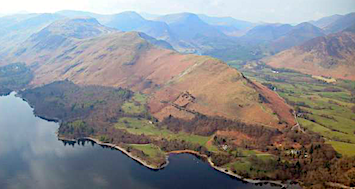 Cumbria and the Lake District attracted more than 45 million visitors in 2016 — and the visitors injected £2.72 billion into the region’s economy and provided employment for 36,240 full time equivalent (FTE) posts.

That’s according to an economic impact estimate by Global Tourism Solutions Ltd.

The region attracted 38.8 million day trippers and 6.3 million overnight visitors during the year.

As many tourism jobs are part time or seasonal, the total number of people in the region in tourism jobs is estimated at 62,316, around 20% of the county’s total employment.