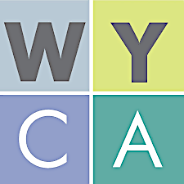 More than £180 million of investment in West Yorkshire Plus Transport Fund schemes in Bradford, Calderdale, Kirklees, Leeds and Wakefield was approved at Thursday’s meeting of the West Yorkshire Combined Authority.

“All of these schemes, which have been designed to support economic growth and the generation of new jobs, progress roads, rail facilities and infrastructure development across West Yorkshire and the City Region,” said the West Yorkshire Combined Authority.

Schemes include the development of an outline business case for a new station at Elland and the redevelopment of Bradford’s Forster Square Station.

More park and ride facilities will be created at West Yorkshire rail stations including an increase from 33 spaces to almost 150 at Knottingley — as well as improvements at Apperley Bridge, Guiseley, Moorthorpe and Outwood.

“The Leeds Transport Investment Programme will help enhance connections and services across the City and surrounding region including the development of a new Leeds Bradford Airport Station,” said the Authority.

“And the A629 Halifax to Huddersfield Corridor Improvement scheme will relieve regular congestion and improve journey times along the route.

Cllr Susan Hinchcliffe, Leader of Bradford Council, said:  “The transport schemes which the investment committee has supported have been designed to achieve the Combined Authority and its partners’ aims of encouraging sustainable economic growth that sees more local people in high quality jobs that they can access easily.

“We have made great progress and over the last few weeks have seen the completion of two West Yorkshire Plus Transport Fund schemes, the Wakefield Eastern Relief Road and the Temple Green Park and Ride and this ongoing programme of investment will enable us to build on that success.”

In addition to the West Yorkshire Plus Transport Fund schemes, the Combined Authority approved £28 million of Highways Maintenance Block and Highways Incentive Funding.