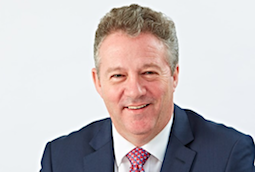 Leeds-based healthcare software and IT firm EMIS Group said its revenue increased by 1% to £79.2 million in the six months to June 30 “despite the uncertainty created by the General Election and the ongoing slower rate of contract awards in larger NHS procurements.”

But pretax profit fell to £10.7 million from £12.2 million in the same period last year.

EMIS Group CEO Andy Thorburn said: “EMIS Group has again reported a solid underlying financial performance in the first half, despite a challenging political and economic environment for the NHS.

“The extensive work already undertaken to reorganise the business, bringing together Primary Care, CCMH and Acute Care, has improved efficiency and better aligned the group and its customers.

“Further planned reorganisation in the second half of the year will drive greater internal accountability and consolidate the financial performance benefits of the restructuring.“