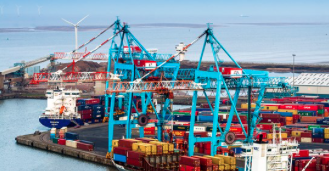 Ratings agency Moody’s Investors Service has downgraded the credit rating of the UK, saying Brexit will weigh on the UK economy and that the UK government’s plan to reduce its heavy debt load has been knocked off course.

“Moody’s believes that the UK government’s decision to leave the EU Single Market and customs union as of 29 March 2019 will be negative for the country’s medium-term economic growth prospects,” said the ratings agency in its report.

“Aside from the direct impact on the UK’s credit profile, the loss of economic strength will further exacerbate pressures on fiscal consolidation.”

Moody’s downgraded the UK’s long-term issuer rating to Aa2 from Aa1 and changed the outlook to stable from negative.

The UK’s senior unsecured bond rating was also downgraded to Aa2 from Aa1.

The key drivers for the decision to downgrade the UK’s ratings to Aa2 are as follows:

Moody’s said: “The outlook for the UK’s public finances has weakened significantly since the negative outlook on the Aa1 rating was assigned, with the government’s fiscal consolidation plans increasingly in question and the debt burden expected to continue to rise …

“Fiscal pressures will be exacerbated by the erosion of the UK’s medium-term economic strength that is likely to result from the manner of its departure from the European Union (EU), and by the increasingly apparent challenges to policy-making given the complexity of Brexit negotiations and associated domestic political dynamics.”

On the challenges of Brexit, the ratings agency said: “Moody’s is no longer confident that the UK government will be able to secure a replacement free trade agreement with the EU which substantially mitigates the negative economic impact of Brexit,” said Moody’s.

“While the government seeks a ‘deep and comprehensive free trade agreement’ with the EU, even such a best-case scenario would not award the same access to the EU Single Market that the UK currently enjoys.

“It would likely impose additional costs, raise the regulatory and administrative burden on UK businesses and put at risk the close-knit supply chains that link the UK and the EU.

“Also, free trade arrangements do not as a standard cover trade in services — which account for close to 40% of the UK’s exports to the EU and 80% of Gross Value Added in the economy — given the prevalence of non-tariff trade restrictions and the need to align regulations and standards.

“In Moody’s view, the differences of outlook between the UK and the EU suggest that the most likely outcome is now a rather more limited free trade agreement which may exclude services: the UK’s desire to pursue its own regulatory policies and to avoid the jurisdiction of the European Court of Justice will make finding an agreement on services challenging.