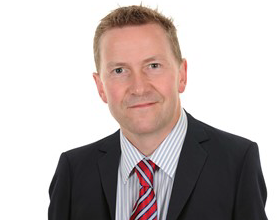 York-based housebuilder Persimmon — still under shareholder fire for excessive executive compensation — said on Tuesday its 2017 revenue rose 9% to £3.42 billion and profit before tax jumped 25% to £966.1 million.

Persimmon surprised investors by announcing that generation of surplus capital in 2017 enabled it to make a further increase in its Capital Return Plan for shareholders.

“These new additional returns will be paid as an interim dividend in late March/early April each year.

“The first of these additional payments will be made on 29 March 2018 as an interim dividend in respect of the financial year ended 31 December 2017, totalling c. £390m.

“In addition, the board is pleased to confirm that the scheduled capital return of 110 pence per share, or c. £340m, will be paid, subject to shareholder approval, on 2 July 2018 as a final dividend in respect of the financial year ended 31 December 2017.

“Following this further improvement of the payment schedule the total value of the Capital Return Plan is estimated to be c. £4.1 billion or £13.00 per share, over double the original plan value of £6.20 per share.”

Persimmon chief executive Jeff Fairburn denied that the huge payout to shareholders was intended to calm investors angered by his excessive compensation.

Last week, Persimmon said it would partially reduce controversial bonuses for its top executives following shareholder outrage at the package that could have seen CEO Fairburn receive a payout of around £100 million.

Analysts estimated that under the latest attempted compromise, Fairburn’s package would be cut to about £75 million, Killoran would receive about £24 million less than the £78 million he was set to pocket, and Jenkinson would see his bonus cut by £2 million to about £38 million.

“The group’s focus on high quality growth, coupled with capital discipline, has accelerated the delivery of our strategic objectives and generated record returns for our shareholders.

“The group’s outstanding performance is demonstrated by both the strength of the financial position of the business and the quality of the asset platform, which provides the opportunity to continue to deliver excellent returns moving forwards.

“Since the launch of the group’s new strategy in 2012 the group has increased new home completion volumes by more than 70% and invested c. £3.18 billion of cash in land while simultaneously returning c. £1.49 billion of surplus capital to shareholders.

“The start to the spring sales season in 2018 has been encouraging with the group’s private sales rate per site being 7% higher than last year at this point.

“The further increase in the Capital Return Plan demonstrates the board’s confidence in the group’s prospects.”

Persimmon said it delivered 16,043 new homes across the UK, an increase of 872 new homes compared with the previous year.

Analysts at Peel Hunt wrote: “With final results largely as expected, it was down to the balance sheet and the revised capital return plan to provide the positive surprise.

“With the yield climbing to a pretty secure 9.4% it is hard not to see the shares going better …”