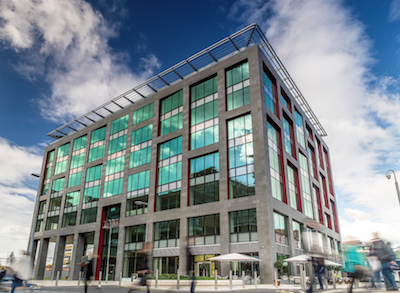 The English Cities Fund – a development company set up by Homes England, Legal & General and Muse Developments – announced it will double its investment in cities and towns in England to £200 million.

The English Cities Fund is behind some of the UK’s most successful regeneration projects in Liverpool, Salford, Wakefield, London and Plymouth.

With initial investment of £100 million, the fund is on track to deliver five schemes in England with a total value of £1.6 billion.

The fund will now double in size to £200 million to target more complex, large-scale and long-term regeneration projects to unlock the potential of English cities and towns.

It will seek new partnerships with councils, regional authorities and other public sector organisations.

To date, the fund has delivered 850,000 sq ft of office, retail and leisure space, generating 5,000 jobs and opening up new urban spaces to the public.

It has built 1,300 homes in new neighbourhoods, with a further 2,210 homes in the pipeline, alongside 820,000 sq ft of new commercial development.

Its schemes have secured more than £800 million in further third-party investment, including from property companies, institutional investors and the public sector.

Michael Lyons, chair of the English Cities Fund, said: “Our cities and towns are the engines of our economy and our cultural and social lives.

“We must continue to reinvent them in bold and imaginative ways.

“We want to partner with ambitious local authorities and other public bodies who want to attract investment, build homes and support enterprise.

“Together we can create exceptional places.

“In bringing together Homes England, Legal & General and Muse, we are demonstrating the combined potential of public and private sector regeneration expertise.

“We’ve shown over 17 years that it’s possible to commit for the long-term while still delivering at pace.

“It’s an approach that’s allowed us to see potential where others may not and to transform even the most complex sites.

“As we double the fund, we’re enthusiastic about the opportunities to deliver urban developments which show real imagination and unlock value for our partners and their communities.”

Bill Hughes, Head of LGIM Real Assets, said: “The expansion of The English Cities Fund is a clear testament to the success that this enlightened public and private sector partnership has had on helping to fundamentally transform and reshape Britain’s landscape through meaningful regeneration and a natural extension of our activities elsewhere.

“Our joined-up real assets investment approach, alongside this public/private model, will continue to maximise the long-term social and economic impact our regeneration schemes have across the built environment.”

The fund typically partners with councils and other public sector organisations who are landholders, promoters or stakeholders in key regeneration areas.

As well as working with five local authorities, the fund has delivered schemes in partnership with Network Rail, the East Coast Mainline, the Greater London Authority and Homes England.