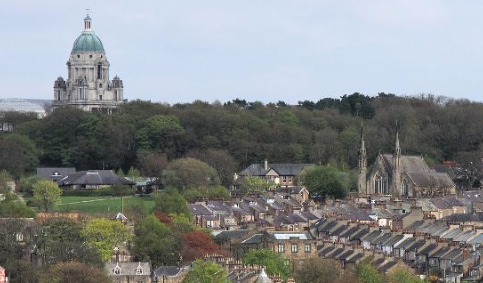 Lancashire County Council has submitted a bid for £100 million from the UK Government’s Housing Infrastructure Fund (HIF) Forward Fund that would go towards transport infrastructure improvements in South Lancaster.

The HIF is a new £4.1 billion infrastructure investment programme designed to unlock the delivery of up to 400,000 new homes in areas of high demand in England.

The proposals are designed to support delivery of the Health Innovation Campus and the wider expansion plans of Lancaster University, as well as the Garden Village at Bailrigg.

This bid from the county council was made with support from Lancaster City Council, Lancaster University and the Lancashire Enterprise Partnership.

The proposals will now move to the “co-development” stage where UK Government officials will work with the council to further develop the bid and assess the project in more detail.

The HIF Forward Fund would support a range of transport infrastructure initiatives, including a bus rapid transit network and dedicated cycle route between South Lancaster and the city centre, along with other improvements to address flood and drainage risks.

Wider improvements would also include a re-configured Junction 33, enabling residents and businesses in South Lancaster to access the motorway network without needing to travel through either the Lancaster city centre or Galgate.

Lancashire County Council leader Geoff Driver said: “It’s great news that the county council has been successful in the latest stage of this process.

“This is not a guarantee of funding for the project, but it is an indication from the Government of the strength and quality of our bid.

“These are ambitious plans for Lancaster, which will benefit many people who live and work in the district.

“In particular, the changes to the motorway junction will help to reduce congestion at the crossroads in Galgate, which we know is a longstanding local issue.

“Detailed plans take time to get right and we’ll need to bring together the necessary funding, but this is an important step forward.”