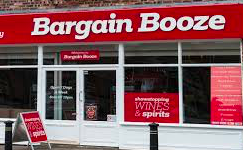 The UK’s Financial Reporting Council has launched an investigation into auditor KPMG’s work for Conviviality, the Crewe-based alcohol wholesaler which owned Bargain Booze and Wine Rack and collapsed into administration about three months ago.

The news on KPMG came just days after the FRC said it started an investigation into the audit by Deloitte LLP of the financial statements of Sheffield-based building products supplier SIG plc for the years ended December 31 2015 and 2016.

“The Financial Reporting Council (FRC) has commenced an investigation into the audit by KPMG LLP (KPMG) of the financial statements of Conviviality plc (Conviviality) for the 52 weeks ended 30 April 2017,” said the FRC on Tuesday.

“The investigation will be conducted under the Audit Enforcement Procedure.

“The FRC has also commenced an investigation under the Accountancy Scheme into the preparation and approval of Conviviality’s financial statements and other financial information by a member of the ICAEW.

“Conviviality went into administration on 5 April 2018.”

KPMG said: “We note today’s announcement by the FRC of its investigation of the preparation, approval and audit of the financial statements of Conviviality for the year ended 30 April 2017.

“We believe we conducted our audit appropriately and will co-operate fully with the investigation.

“As reported by the company, it experienced margin weakness at the start of 2018 and also a significant payment to HMRC which had not been included within its short-term cash flow projections, creating a short-term funding requirement

“Our audit of the company’s financial statements for the year ended 30 April 2018 had not yet commenced at the point which administrators were appointed.”

In May, SIG suffered a huge shareholder revolt when more than 75% of its shareholders rejected the reappointment of Deloitte as SIG’s auditor just a few months after SIG admitted overstating its profits in previous years.

On Deloitte-SIG, the FRC added: “The Financial Reporting Council (FRC) has commenced an investigation into the audit by Deloitte LLP (Deloitte) of the financial statements of SIG plc (SIG) for the years ended 31 December 2015 and 2016.

“The investigation will be conducted under the Audit Enforcement Procedure (AEP) and will focus on the audit of cash and supplier rebates.

“The FRC has delegated the investigation to the Institute of Chartered Accountants in England and Wales (ICAEW), which is Deloitte’s Recognised Supervisory Body (RSB), in accordance with the AEP.”