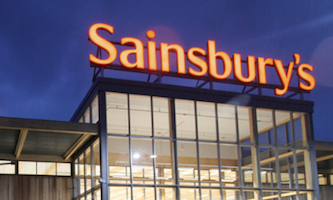 Sainsbury’s, which agreed a £7.3 billion cash and shares takeover of Walmart’s Leeds-based subsidiary Asda in April, said on Wednesday it agreed a financing package of £3.5 billion in relation to the proposed combination.

The deal would see the combined group overtake Tesco as the UK’s biggest grocer but the takeover is currently being investigated by the UK’s Competition and Markets Authority (CMA).

In a trading statement for the 16 weeks to June 30, 2018, Sainsbury’s said its sales growth slowed in its latest quarter, reflecting price cuts in a competitive market.

Sainsbury’s said retail like-for-like sales, excluding fuel, rose 0.2% in its fiscal first quarter — ahead of analysts’ average forecast for a fall of 0.1% but below growth of 0.9% in the previous quarter.

J Sainsbury plc CEO Mike Coupe said: “The headline numbers reflect the level of price reductions we have made in key areas like fresh meat, fruit and vegetables since March.

“Our price position has improved and customers have responded well, resulting in a continuation of the improved volume trend we saw in the second half of last financial year …

“General merchandise and clothing, including Argos, continue to outperform a very challenging market and we are well placed to further grow market share.

“Argos stores in Sainsbury’s supermarkets continue to grow, Fast Track sales were strong and we have now launched Tu clothing on the Argos website, a key strategic milestone.

“However, we have the right strategy in place and our proposal to combine Sainsbury’s and Asda will create a dynamic new player in UK retail, with the scale to give customers more of what they want today and create a more resilient and adaptable business for the future.

“We have successfully agreed a financing package of £3.5bn in relation to the proposed combination.

“The financing has been raised on attractive terms, reflecting the confidence of the lending banks in the outlook for the proposed combined business.”