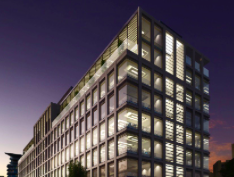 Manchester-based cyber security company NCC Group said its revenue from continuing operations grew 8.3% to £233.2 million in the year to May 31 and profit before tax recovered to £11.9 million from a 2017 loss of £44.8 million.

NCC chairman Chris Stone said: “The business has been successfully stabilised following a period of volatility.

“We have reorganised our senior management teams to improve our go-to market strategy.

“We have also maintained double digit organic growth in our assurance division, improved our gross margin ratio and completed the divestment of the two business units identified as non-core in the strategic review.

“While much remains to be done, I am confident that the building blocks for long term sustainable improvement in business performance and shareholder returns are starting to be put in place.

“The combination of continuing growth and improving margins in the two operating divisions will deliver year on year improvements in adjusted EBIT in 2019 while also allowing us to make considered and targeted investments to support the business transformation programme.

“Overall the board’s expectations for adjusted EBIT in 2019 remain unchanged.”

In his chairman’s statement, Stone said there have been a number of changes to the NCC board during the year.

“On 1 December 2017 we announced Adam Palser as the group’s new chief executive officer.

“Adam brings a track record of success in the professional services, B2B and cyber security sectors.

“At that time, Brian Tenner stood down from his role as interim chief executive officer and returned full-time to his duties as chief financial officer …

“With Adam and Brian in their permanent roles, I relinquished my executive responsibilities on 1 December 2017 and reverted to my role of non-executive chairman …

“Finally, following the year end, we announced that Brian Tenner would be leaving the group in August 2018 to pursue other interests …

“I am pleased to announce that Brian’s successor will be Tim Kowalski, an experienced public company finance director, who will join the group and the board on 23 July 2018 and assume the responsibilities of the CFO when Brian leaves the company.”