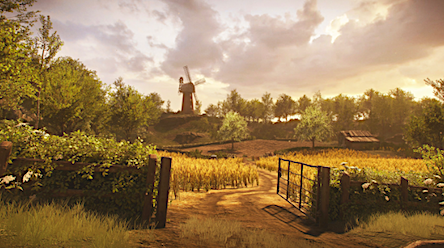 “The net consideration is approximately £0.6 million, as The Chinese Room has been acquired with approximately £1.6 million of cash on the balance sheet,” said Sumo Group.

“The acquisition accelerates the group’s own-IP pipeline and provides new intellectual property, creative talent and the opportunity to develop a new studio location in the south of England.”

The Chinese Room is best known for creating experimental first-person games such as Dear Esther, Amnesia: A Machine for Pigs, Everybody’s Gone to the Rapture and, most recently, So Let Us Melt.

“Dear Esther is recognised as creating a new sub-genre of gaming, the ‘Walking Simulator’.

“Everybody’s Gone to the Rapture, which was developed by The Chinese Room and published by Sony Computer Entertainment, won three BAFTAs amongst many other industry awards in 2015.”

Dan Pinchbeck has joined Sumo Group as creative director of The Chinese Room and he will be issued with options over Sumo Group shares under the company’s long-term incentive plan.

Jessica Curry has chosen to leave the business to continue her career as a composer.

“The consideration shares will be subject to a 12 month lock up period, during which time (subject to customary exceptions) such shares cannot be disposed of without Sumo Group consent, and thereafter to orderly market provisions for a further 12 months.”

Sumo Group CEO Carl Cavers said: “I am really pleased with the acquisition of The Chinese Room and that Dan has chosen to join Sumo Digital.

“We believe his renowned and proven creative abilities will add real value to the business.

“The Chinese Room has an outstanding reputation and its acquisition will enhance and extend Sumo Digital’s capabilities, as well as bringing new intellectual property and accelerating our own IP pipeline.

“This acquisition follows on from our new studio in Newcastle, which we took over from CCP Games in January this year and which is now performing strongly.

“Having a studio in the south of England opens further doors for the group and we are confident that it will create exciting opportunities.”