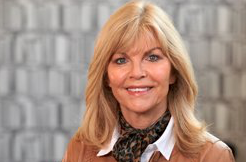 Manchester-based fashion retailer N Brown Group — whose brands include JD Williams, Simply Be and Jacamo — said on Wednesday that its CEO Angela Spindler will leave her role at the end of September.

The company’s share price fell more than 3% on the news.

Spindler was appointed N Brown CEO in July 2013 and has more than 20 years of retail experience including senior roles at Coca Cola, Mars Inc., Asda, Debenhams and the Original Factory Shop.

“The board of N Brown Group Plc announces that it is to commence the search for a new chief executive,” said N Brown Group.

“Angela Spindler, who has led the business through a period of significant change and its transition towards an online retailer, will leave her role at the end of September.

“Steve will join the PLC Board with immediate effect.”

N Brown Group chairman Matt Davies said: “We recognise that now is an appropriate time to search for a new leader who can take the business forward through the next phase of its development.

“I would like to thank Angela for her significant contribution as CEO.

“Angela has led the business with passion, energy and a relentless focus on building on the group’s industry leading fit specialism as well as building N  Brown’s on-line capability and expertise.

“She has had to contend with significant legacy issues and a challenging retail backdrop and has brought her great personal qualities and values to the way she has led our business.

“We wish Angela well for the future.”

Spindler said: “I have been incredibly proud to lead N Brown over the past five years and to work with such exceptionally talented people that make N Brown the great company that it is.

“Over the last five years we have undertaken a significant transformation across the business to support our online future which will form a strong foundation for the coming years.

“I wish Steve Johnson well in his role as interim group CEO when I leave at the end of September and would like to thank him and all the N Brown executive for their wonderful support throughout my leadership.

“I wish the company and all my colleagues every success in the future.”