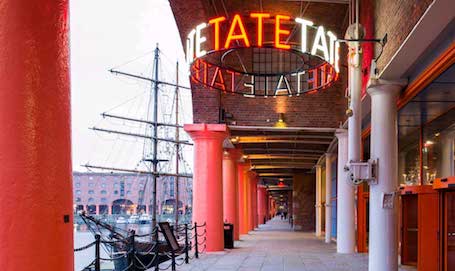 Museums and galleries sponsored by the UK government in the Northern Powerhouse are having a record year in 2018 with visitor numbers topping five million for the first time.

Between April and October, there were 5,141,165 visitors across the nine institutions in the Northern Powerhouse region — an increase of 912,468 (21.5%) on the same period last year.

National Museums Liverpool attracted a record-breaking 2,885,842 visitors between April and October, a 39% increase on the same period last year and its best April to October to date.

More than 537,000 people visited The National Railway Museum in York, an increase of 11% on same period last year.

The Science and Industry Museum in Manchester attracted 433,508 visitors, up 3.6% on the same period last year.

About £15 million has been invested in cultural regeneration projects across the North of England.

Minister for the Northern Powerhouse Jake Berry MP, said: “This is more good news for the culture of the North coming on the heels of the Rochdale bells being broadcast to the nation by the BBC on Christmas Eve.

“I congratulate the world-class museums and galleries of the Northern Powerhouse for attracting so many visitors with their outstanding exhibitions in 2018.

“This government continues to support culture across the North through the Coastal Revival Fund which has provided £4.7 million to revive more than 100 heritage sites around the country and by investing £8 million in new venues for Blackpool and Bradford.”

Minister for Arts, Heritage and Tourism, Michael Ellis MP said: “Our museums and galleries are world famous for their outstanding collections and are visited by millions every year.

“From the Terracotta Warriors in Liverpool, the Poppies at IWM North and Stephenson’s Rocket at the National Railway Museum, our Northern museums have had an excellent year, which I hope they will build on in 2019.”

“Huge public events such as The Giants have celebrated 10 years since we were the Capital of Culture.

“We’re so proud to be part of the fabric of Liverpool’s rich culture and to have delivered the Terracotta Warriors exhibition for our visitors this year.”