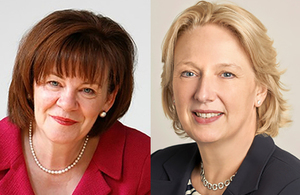 The Bank of England, the UK’s central bank, said Colette Bowe and Jayne-Anne Gadhia have been appointed as external members of its Financial Policy Committee (FPC).

Until recently she was also a board member of the UK Statistics Authority and the Department for Transport.

Bank of England Governor Mark Carney said: “I am delighted to welcome the appointment of Colette and Jayne-Anne to the Financial Policy Committee.

“As Chair of the Banking Standards Board, Colette has led the way in developing and embedding better standards of conduct across the banking sector.

“Her experience in the private sector and handling some of the biggest regulatory challenges of our times will also be extremely valuable to the Committee’s deliberations in the coming years.

“In her public policy she has championed the transformative impact of adopting new technologies and of greater diversity within the workforce of the financial services industry.

“We also greatly look forward to her contributions to the work of the Committee.”

Bowe and Gadhia will replace Richard Sharp and Martin Taylor, who are stepping down at the end of Q1 2019 and Q2 2019 respectively.

Gadhia was CEO of Virgin Money from 2007 until 2018 when it merged with CYBG. She also led the Government’s review into equality and inclusion in Financial Services as the Women in Finance Champion.