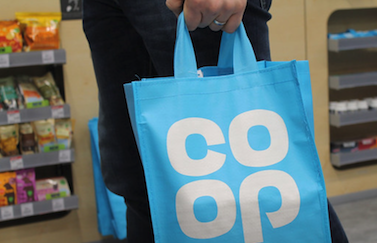 The five-year bond was priced at 5.125% and was two times oversubscribed.

The Co-op said this was a “first for a UK retailer” and it will “proceed to allocate proceeds exclusively on its work on supporting and promoting Fairtrade, including Fairtrade producers and their communities.”

The bond issuance is the first in a series of planned re-financing that will see the Co-op raise funds to fuel its growth plans within its debt ceiling of £900 million.

The Co-op added: “The Co-op’s leadership on Fairtrade comes as some other major retailers are scaling back their investment, a key source of support for communities around the developing world.

“Raising funds through a Sustainability Bond allows the Co-op to access long-term funding at an attractive rate and enables global investors to increase their focus on investments that meet the UN’s Sustainable Development Goals and key environmental and sustainability targets.

“The Co-op has developed a Sustainability Bond Framework under which any subsequent bond issuance will allow the Co-op to allocate funds to its spend on education, via its Academies Trust, alleviating water poverty, providing access to responsibly sourced products and delivering energy efficient technology to lower emissions.

Co-op CEO Steve Murrells said: “The popularity of this bond demonstrates confidence in the Co-op’s growth strategy and in particular how we’ve placed sustainability at the heart of our future plans.

“Co-op was an early pioneer of Fairtrade and now with the support of like-minded investors we can grow it further, opening up new opportunities and creating value for our members as well as producers and communities in developing countries.”