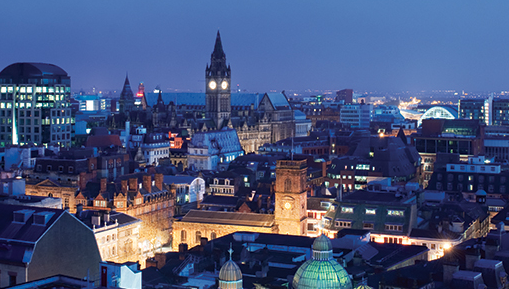 Suez will manage 1.1 million tonnes of municipal waste from over one million households across nine Greater Manchester boroughs with a combined contract value of over £1 billion.

SUEZ was confirmed as preferred tenderer in March 2019 and has been preparing to take over operations from the current contractor, Viridor Waste (Greater Manchester) Ltd, when the new contracts commence on Saturday June 1.

Existing staff working at the sites will transfer to Suez.

“The GMCA will work with Suez to focus on significantly increasing recycling rates and diverting over 96% of Greater Manchester’s municipal waste from landfill,” said GMCA.

“Suez will offer residents improvements to their household waste recycling centres and will also recycle a wider range of items, including carpets and mattresses.”

Cllr Allison Gwynne, chair of the GMCA Waste and Recycling Committee, said: “We are extremely pleased with the result of the procurement process and are confident that our new partnership with Suez will provide opportunities to enable us to increase recycling of household waste which is key to moving towards a more circular economy.

“This is another step towards making Greater Manchester one of the leading Green city-regions in the UK.”

David Palmer-Jones, chief executive of Suez recycling and recovery UK, said: “We are delighted to be working with the GMCA and were inspired by their visionary approach to ensuring that the contracts deliver environmental improvements and added social value for Greater Manchester.

“We have made over 50 social value commitments and are particularly excited about how our plans for funds raised through re-use initiatives will benefit the Greater Manchester Mayor’s Charity and other community projects across the city-region. We very much look forward to playing our part in helping deliver the ‘Five Year Environment Plan’ for Greater Manchester.”