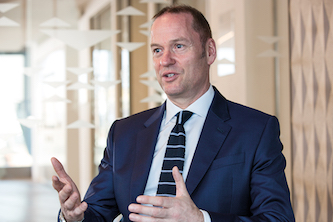 Current CEO John Sutcliffe will continue to lead Henry Boot until the end of 2019.

Sutcliffe will then remain in an advisory position with Henry Boot until the conclusion of its AGM on May 21, 2020.

“Tim has been responsible for overseeing large scale developments, transactions and lettings such as the joint venture development and the eventual sale of both the Leadenhall Building and 5 Broadgate, as well as major lettings to customers including Facebook, UBS and Dentsu Aegis.

“He has also led major transactions such as the purchase of Paddington Campus, and the super prime Clarges development site which was not only highly profitable but was fundamental in expanding British Land’s London residential business.

“As a FTSE 100 board director for the last 13 years, he has had significant listed company, governance and organisational experience, and has managed key relationships with a variety of strategic stakeholders.”

Henry Boot chairman Jamie Boot said: “The board has conducted a rigorous selection process, with an external recruitment partner, during which both internal and external candidates were assessed for the role.

“We are delighted that this has resulted in the appointment of Tim, who stood out from our list of strong candidates due to his track record of success in property investment and development and his delivery of long-term value creation.”

Roberts said: “I am very excited to be joining such a long-standing, well established business which, over the years, has generated strong financial performance.

“Henry Boot is in very good shape and I am joining a team that will not only continue to deliver strong returns, but also a business that has the organisational and capital structure to prosper.

“On a personal note, as a Yorkshireman, I am very happy to be returning to my home city of Sheffield.”

Sutcliffe said: “Since I joined Henry Boot in 2006, we have significantly increased the scale of the business and built a much larger future opportunity portfolio of profitable schemes, and I am proud of the value we have created for all our stakeholders.

“I have thoroughly enjoyed my time at Henry Boot and, at 61, it is an appropriate time to hand over my responsibilities to Tim, who I am sure will make a great success of the role.”