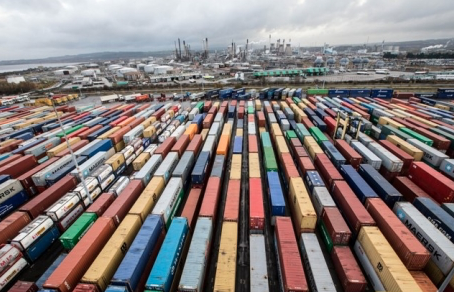 The UK economy shrank for the first time since 2012 in the second quarter of 2019 as manufacturing and construction both slumped.

Production output fell by 1.4%, with manufacturing showing a 2.3% decline.

Gross Domestic Product (GDP) decreased by 0.2% between April and June, according to the Office for National Statistics (ONS).

The fall compares to 0.5% growth in the previous quarter, when the highest quarterly pickup in manufacturing since the 1980s was recorded.

The ONS said UK firms had been building up additional goods in the first quarter in anticipation of a March Brexit.

Jonathan Branton, head of public sector at DWF said: “Today’s figures highlight an apparent working through of the effects of stockpiling prior to the original Brexit deadline of 29 March in the first quarter of the year, which appears to have led to a surge in imports in Q1 and therefore an exaggerated drop in the same in Q2 as various businesses worked through the excess stock they had accumulated.

“Of course it remains to be seen if a similar pattern will now follow in the third quarter as we lead up to the next big deadline of 31 October.

“Clearly, Brexit preparations for a potential ‘no deal’ outcome on 31 October are being stepped up everywhere so expect very considerable disruption in the months to come and let’s hope the economy is in a sufficiently strong condition to withstand what is likely to be great turbulence.”