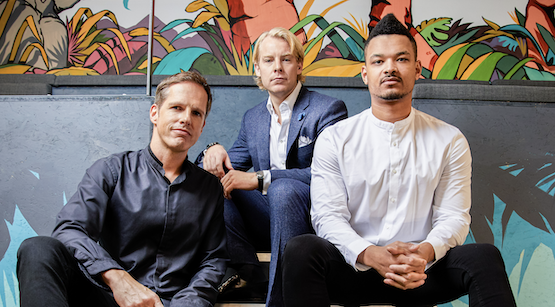 “Through the reverse merger with the publicly listed Lumaland AG, the shares of The Social Chain AG are now traded on XETRA Stock Exchange and the Düsseldorf Stock Exchange … ” said the Manchester firm, adding it is now valued at around €186 million.

Social Chain was set up in Manchester five years ago when it was founded by Steven Bartlett and Dominic McGregor, then both 22-years-olds.

Bartlett has become a multimillionaire at 27 via the deal.

Lumaland sells own-brand products including beanbags and mattresses and is controlled by Kofler, who is also the founder of German media companies ProSieben and Premiere.

Social Chain added: “The reverse merger took place through the contribution of the shares of The Social Chain Group AG as a non-cash capital increase at Lumaland AG.

“The Annual General Meeting of Lumaland AG in Berlin resolved this step on 19 August with the approval of 99.8 percent of the shareholders present.

“The share capital amounts to EUR 9.1 million, divided into as many shares.”

The Social Chain AG’s headquarters will be in Berlin with additional locations in Manchester, London, New York and Munich.

The new company now has around 500 employees.

The Social Chain AG will be jointly managed by Steven Bartlett, Holger Hansen and Wanja Oberhof.

Chairman of the Supervisory Board will be Kofler.

Kofler will hold approximately 47% of the shares of Social Chain, with “other founders and management” holding 42%.

By mid-2020, The Social Chain AG aims to be listed on NASDAQ or admitted to the Prime Standard of the Frankfurt Stock Exchange.

Simultaneously, the company is planning a substantial public offering in mid-2020 to raise capital for further growth.

The company will announce further information in spring 2020.

In the current year, Social Chain is expected to generate pro forma consolidated revenues of approximately €170 million with a positive EBITDA.

Kofler said: “We are a true house of entrepreneurs.”

Bartlett said: “In the early years of Social Chain we differentiated ourselves from our immediate competition through a disruptive approach to social media.

“As digital natives, we saw the potential of social media beyond what is being used for at the time.

“Our success has shown what big thinking, and reimaging conventional business models can achieve.

“We’re now using our experience and our existing ecosystem to integrate our very own brands, which we call Social Media Brands.”

“They are a brand, a community, a medium and a product all in one.

“As a result, social media brands can be developed in line with demand, produced faster and marketed more efficiently than conventional brands and products.”