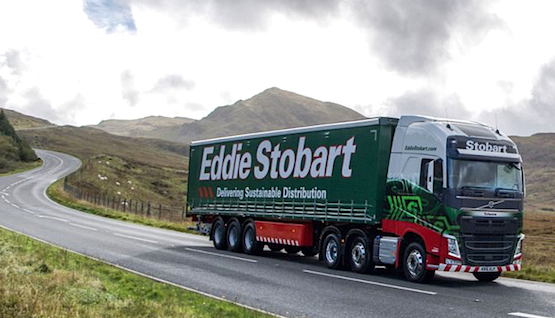 Logistics company Wincanton plc, the UK’s largest logistics group, said on Monday its board had decided not to make an offer for Eddie Stobart Logistics.

“Even with the incremental synergies which would be available to a trade buyer such as Wincanton, the board cannot see how concerns with regards to Eddie Stobart’s financial performance and ongoing liquidity can be sufficiently overcome to enhance Wincanton’s shareholder value through a combination of the businesses,” said Wincanton.

The news came after reports that Eddie Stobart’s banks have agreed to give the Warrington-based firm more than a year to repair its finances.

Eddie Stobart said on November 13 that DBAY Advisors, a major shareholder, submitted a proposal to take a majority stake in the Warrington firm.

Eddie Stobart said on November 13 that DBAY would inject £55 million of financing into Eddie Stobart’s operations to “provide necessary liquidity” in exchange for a 51% stake in a new entity which will become the holding company for the group’s operations.

Eddie Stobart Logistics on Monday responded to Wincanton’s statement by saying: “The board of Eddie Stobart is disappointed that Wincanton felt it was unable to put forward an offer to shareholders despite being granted access to extensive due diligence (commensurate with its status as a strategic competitor to Eddie Stobart) since mid-September 2019.

“This included provision of comprehensive company information, alongside multiple meetings with senior and divisional management of Eddie Stobart (for both Wincanton and its advisers).

“The board actively encouraged Wincanton to put forward a proposal to the board, and ultimately to shareholders.

“However, at no stage of their involvement in the process was any offer forthcoming, nor any indication as to the terms of any offer should one be forthcoming.

“As announced on 20 November 2019, Eddie Stobart published a circular in relation to the proposed transaction whereby Marcelos Limited, a wholly-owned subsidiary of DouglasBay Capital III Fund LP, a fund managed by DBAY Advisors Limited, will on satisfaction of certain conditions acquire a 51% stake in Greenwhitestar Acquisitions Limited, which is currently a wholly-owned subsidiary of the company and in turn holds the company’s interests in the trading entities of the group, and DBAY will agree to (directly or indirectly) inject approximately £55m of new financing into the group’s operations through the Interim PIK Facility and the PIK Facility, which will be used to provide necessary liquidity.

“The board believes the proposed transaction to be in the best interests of the company and its shareholders as a whole.”