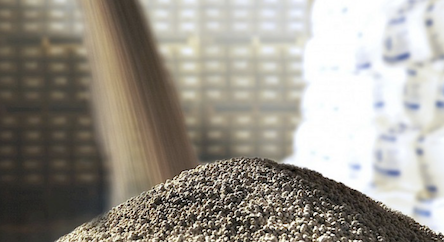 Global mining giant Anglo American plc said on Wednesday it is in advanced talks to buy troubled Scarborough-based Sirius Minerals plc, the firm behind the giant potash mine in North Yorkshire.

“Anglo American confirms that it is in advanced discussions with Sirius in relation to a possible offer at a value of 5.5 pence per Sirius share, in cash,” said Anglo American.

“The proposal would value the entire issued share capital of Sirius at approximately £386 million.”

Sirius has been backed by thousands of retail investors — many of whom will paid more than 20p for their shares.

Sirius has been struggling to raise the billions of dollars it needs to complete the project.

Sirius said: “Subject to the successful outcome of on-going discussions (including satisfactory assurances as to the safe-guarding of employee and other stake-holder interests and the agreement of the full terms and conditions of any offer), the board of Sirius has indicated to Anglo American that it expects to be able to recommend a firm offer for Sirius if made by Anglo American at the price set out in the proposal.”

Anglo American added: “In September 2019, Sirius announced that it was undertaking a strategic review in order to assess the development plan for its North Yorkshire polyhalite project and an appropriate financing structure to provide relevant funding.

“Sirius also announced that the strategic review would include a broader process to seek a major strategic partner in the project.

“In November 2019, Sirius provided an update on the progress of this strategic review, including a revised two-stage development plan.

“Anglo American identified the project as being of potential interest some time ago, given the quality of the underlying asset in terms of scale, resource life, operating cost profile and the nature and quality of its product.

“The project has the potential to fit well with Anglo American’s established strategy of focusing on world-class assets, particularly in the context of Anglo American’s portfolio trajectory towards later cycle products that support a fast-growing global population and a cleaner, greener, more sustainable world.

“Anglo American believes that the possible offer could provide certainty to Sirius’ shareholders, whilst Anglo American brings the financial, technical and marketing resources and capabilities to progress the project over time.