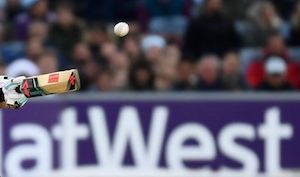 The Royal Bank of Scotland Group plc said on Friday it plans to rename itself NatWest Group plc later this year.

The news came as RBS announced results for the year ended December 31, 2019.

RBS announced a 5p-a-share special dividend, although the full-year dividend was cut from 3.5p to 3p.

RBS executives said the name change is taking place because 80% of its customers bank with the NatWest brand.

It brings to an end a name that has been in existence since the formation of RBS in 1727.

The RBS brand will continue in Scotland but the bank will stop using the 293-year-old name at group level and adopt the NatWest brand.

Chairman Howard Davies said: “The essential reason for this is as the bank has evolved from the financial crisis and the bailout, we have focused on the NatWest brand.

“We have exited a lot of the international business which were not profitable.

“That was branded RBS and that’s gone.

“It really makes no sense for us to continue to be called RBS.

“It was designed for a global group of brands, which we no longer are.”

Davies said the registered office will remain in Edinburgh, with no plans for “unscrewing any brass plaques at this point”.

The news cames as new chief executive Alison Rose unveiled a new strategy for the taxpayer-backed bank, including radically cutting back the size of its loss-making investment bank.

Rose replaced former CEO Ross McEwan in November to become the first woman to lead one of the UK’s big banks.

RBS is hoping the name change to NatWest will help rehabilitate the bank’s image after years of scandals following a £45 billion taxpayer bailout during the financial crisis.