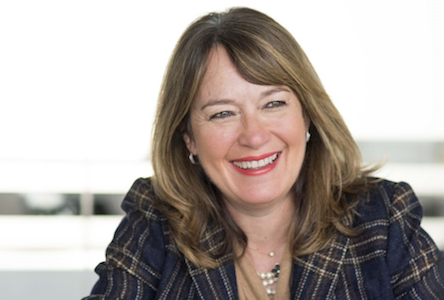 Rotherham-based property and land regeneration firm Harworth Group plc announced it has conditionally exchanged contracts for the sale of its Kellingley development site in Selby, North Yorkshire, to HPREF I Konect Investments SARL for £54 million in cash.

“The transaction will only complete if all sale conditions are satisfied prior to the long-stop date of 31 August 2022,” said Harworth.

“These conditions include, but are not limited to, the approval of a reserved matters planning application which has been submitted and is currently awaiting determination.”

Harworth took control of the 149-acre Kellingley site in 2016 following the closure of the former Kellingley Colliery.

It has since undertaken land remediation and masterplanning works, and in 2019, received outline planning consent from Selby District Council for the development of up to 1.4 million sq ft of industrial and logistics space, marketed as “Konect.”

Harworth said it intends to use the proceeds from the sale for general business purposes, aligned to its recently announced strategy to double the size of its business over the next five to seven years.

Harworth CEO Lynda Shillaw said: “Since 2016, Harworth has invested in Kellingley, creating Konect, which benefits from road, rail and canal connectivity, and establishing it as a regionally significant location with the potential to deliver up to 1.4 million sq ft of industrial & logistics space.

“Once realised, this development will provide significant employment opportunities and stimulate further investment in the surrounding area.

“The completion of this sale, which is conditional on the receipt of a planning approval, would allow Harworth to accelerate the realisation of value from this site.

“The sale proceeds will be used to continue the build-out of our other development sites, including our consented industrial sites in Yorkshire, and for expanding our strategic landbank, in-line with our recently announced strategy.”

AJ Bell Investment Director Russ Mould said: “March 2012 is the last time that Harworth’s shares traded above 180p apiece but the Rotherham-based firm is moving back toward that mark after another sale that points to the value that lies within its portfolio of property assets.

“The brownfield site regeneration expert has sold its Kellingley site near Selby in Yorkshire for £54 million, compared to the last valuation on its books of £31 million.

“The former colliery came under Harworth’s control in 2016 after its closure and planning permission was granted in 2017 and then again in 2019 for a mixed-use development of industrial and warehousing space.

“The sale price will be particularly pleasing to shareholders for three reasons.

“First, Kellingley has raised £54 million even though it is not in the list of ten largest sites by value in the last set of annual report and accounts (and the FTSE All-Share index member’s market capitalisation is £571 million).

“Second, the premium to the stated book value is a strong clue that there could yet be upside potential in the value of Harworth’s overall portfolio.

“The last stated net asset value (NAV) per share number is 183.2p, as per the 2021 first-half results, but there could yet be upside to that (and therefore the share price, which currently trades almost at par with NAV).

“Third, the sale is a further affirmation of the company’s strategy.

“Since 2015’s change in name from Coalfield Resources, £150 million acquisition of Harworth Estates Property Group (HPEG) and simplification of its corporate structure the company has focused on brownfield site regeneration for development and investment purposes.

“The aim is to drive a combination of capital gains and income through the development and sale of some assets and the retention of others for rental income.

“Warehouses and industrial sites are two areas of expertise and residential property is another.

“Harworth has sold land to many different housebuilders, including Bellway for the first time ever in 2020, and its expertise in affordable homes in the North and the Midlands leaves it strategically well placed, especially if the pandemic persuades would-be house buyers to move from major metropolitan areas to more suburban ones.

“Today’s deal hints at further upside to come and chief executive Lynda Shillaw, at the helm since November 2020, will no doubt look to recycle the capital into fresh land purchases as she pursues the strategy to double the size of the business within five to seven years, a plan first outlined alongside the first-half results in September.”