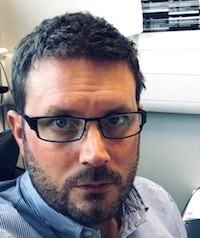 York-based life sciences firm Aptamer Group plc has announced its proposed admission to trading on the AIM section of the London Stock Exchange.

Aptamer announced a conditional placing of about 9.2 million shares at £1.17 per share with institutional and other investors.

Based on the pacing price, the company’s market capitalisation on admission will be about £80.7 million.

The issued share capital of the company will be 68.9 million ordinary shares of which 9.2 million shares have been placed with new investors.

The placing is expected to raise gross proceeds of £10.8 million for the company.

Admission to AIM is expected to take place on December 22, 2021, under the ticker APTA.

Aptamer Group CEO Arron Tolley said: “I am pleased to announce that Aptamer has successfully raised £10.8 million ahead of our listing on AIM and we look forward to the commencement of trading on 22 December 2021.

“Aptamer is a leader in the provision of aptamer discovery selection services and the development of aptamer-based reagents.

“Our proprietary Optimer technology is being commercialised and being used by 75% of the top 20 global pharmaceutical companies.

“This funding will allow our technology to be truly disruptive to the well-established global antibody market, which is currently worth over $145.7bn per annum.

“I am highly excited by the growth prospects for Aptamer in the next generation affinity ligand market and am delighted to welcome our new institutional shareholders and thank our existing ones for their support as the company has grown.”