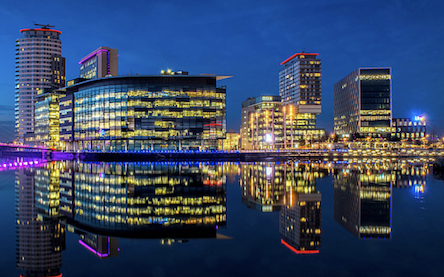 “MIDAS has seen a 50 per cent increase in the number of creative and digital sector investments into the region confirmed this year, whilst professional services brought in over £99m GVA (gross value added) alone.

Analysis of the year by MIDAS has shown a £314 million GVA (gross value added) economic contribution for the projects successfully closed during 2021.

MIDAS CEO Tim Newns said: “We started 2021 faced with the UK’s third national lockdown and the economic challenges that brought.

“But Greater Manchester continued to show its resilience and tireless drive for growth, collaboration, new thinking and the development of exceptional talent and world class facilities – which is a compelling proposition for businesses looking to invest in the UK.

“Greater Manchester’s specialisms across digital and innovation sectors have shone – and we have secured the highest annual number of new jobs on record, with further major inward investment relationships being built as we head towards 2022.

“We have strengthened our position as one of the world’s leading tech cities and a growing innovation hub – welcoming new global businesses to Greater Manchester, as well as nurturing our startup and scaleup economy, and strong links between business, academia and the public sector.”

“There has been growth across the wider financial services sector, including Warren Buffett-backed insurance market disrupter, Berkshire Hathaway, which opened its second UK HQ in Manchester to service all UK clients outside the M25,” added MIDAS.

“Other projects MIDAS has supported this year include Tokyo University spinout Exergy Power Systems, ultrafast grocery delivery pioneer Getir’s electric vehicle network, and healthtech company SafeSteps, as well as growth in the cyber sector with the arrival of Roke and Sophos.

“Greater Manchester has also seen a series of central Government relocations, which are bringing senior policy roles to the north, with 750 jobs and a GVA of over £40m.

“The moves include the Home Office and the Department for Business, Energy & Industrial Strategy (BEIS) – a strong fit for Greater Manchester’s net zero and digital talent.

“There has been major investment in facilities to support collaborations between business, academia and the public sector too.

“This includes the launch of the £25m Christabel Pankhurst Institute for Health Technology and Innovation this year and the development of the Advanced Machinery & Productivity Institute (AMPI) in Rochdale.”