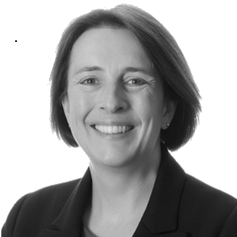 Northern Gritstone, the new university spin-out investment business based in the north of England and chaired by Jim O’Neill, has announced the appointment of Marion Bernard as chief investment officer.

The Universities of Leeds, Manchester and Sheffield launched Northern Gritstone in 2021 to help boost the commercialisation of university spinouts and start-ups in the North of England.

The universities said the company will fund spinout enterprises from each institution using external capital raised from a range of different investors.

Led by chief executive Duncan Johnson, Northern Gritstone said it is currently working with its advisers Lazard to raise capital to establish “an evergreen investment vehicle with a hard cap of £500 million.”

“Throughout her career Marion Bernard has focused on funding fast-growing businesses in the UK,” said Northern Gritstone.

“She joins Northern Gritstone from SME investor The Firmament Group, and prior to that led the Business Growth Fund’s activity in the south east of England.

“Having begun her career at Barclays Bank, her experience also includes over half a decade at 3i Ventures as well as playing an instrumental role in founding Newcastle-based Northstar Ventures, where she was CEO between 2005 and 2011.

“At Northern Gritstone Marion’s role will be to oversee the day to day activity of the investment team, sourcing investment opportunities among the most exciting spin-outs from the universities of Leeds, Manchester and Sheffield.

“These opportunities are in some of the UK’s fastest-growing sectors including advanced materials, energy, health technology and cognitive computation.”

CEO Johnson said: “I am delighted that Marion is joining Northern Gritstone.

“Marion brings with her an exceptional track record of helping launch and grow businesses from start-up, through to growth stage and eventual exit.

“Marion is a perfect fit for both the Northern Gritstone business and its fast-expanding team. I’m sure we will all enjoy working with Marion for many years to come.”

Bernard said: “It is a privilege to become part of the Northern Gritstone team at this important stage of its impressive journey.

“The values of the business along with its ability to deliver top quartile returns for shareholders match fully with my own aspirations and values.

“Having spent more than 25 years focused on SME and technology investing, it is fantastic that I can bring this experience now to bear with Duncan and the Northern Gritstone team, to support and grow its unique proposition.”

O’Neill said: “To be focusing in on a first close so soon after retaining Lazard earlier in the year  is testament to the quality of the Northern Gritstone ‘profit with purpose’ proposition.

“Our potential shareholders fully understand our ability to deliver impact beyond the attractive, immediate financial returns that we can generate.

“Northern Gritstone has the ability to invest in world leading science and innovation emanating from some of the highest ranking universities globally, allowing us to support the growth sectors and world-class businesses of the future.”