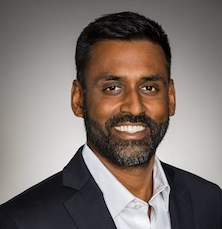 Lancashire Cricket announced that Navin Singh — the commercial director for The Football Association (The FA) — has been “co-opted” as a non-executive board member at Emirates Old Trafford.

“A major part of Singh’s remit on the Lancashire Cricket board will be to use his proven track record in digital and broadcast media to assist the club digital media strategy including the launch of Lancs TV – the new digital arm of Lancashire Cricket – whilst also continuing to improve and build on the success of the club’s leading live streaming service,” said Lancashire Cricket.

The club said the appointment of Singh will be put forward to members for election at the forthcoming AGM in April.

“The club can confirm that despite a proactive and transparent recruitment drive to Lancashire’s membership, no members applied for the role,” added Lancashire Cricket.

“In his current role with the FA, Singh is responsible for leading all aspects of the commercial strategy for all England football teams, Wembley Stadium, the FA Cup, and the Barclays FA Women’s Super League, whilst also playing a key role in the organisation’s digital transformation.”

Singh’s CV also includes working as Vice President of International Content Strategy for Scripps Networks Interactive as well as senior commercial and brand roles across organisations such as the WWE, Wasserman Media Group, and the Golf Channel.

Lancashire Cricket chair Andy Anson said: “I am delighted to be able to welcome Navin onto our board of directors.

“Navin has an impressive background in major sports businesses and will play a key role in assisting our development and growth as a club in the many years to come.

“Navin’s appointment follows a transparent recruitment process which was led by a desire to appoint somebody onto the board with a background and experience in international digital media.

“We believe that Navin, adds further strength and expertise onto our board.

“Navin will be formally ratified during the AGM at Emirates Old Trafford in April, and I hope members and supporters will join me in wishing him a very warm welcome to Lancashire Cricket.”

Singh said: “It is a huge honour to be joining the board of Lancashire Cricket, one of English cricket’s most long-standing and historic county clubs.

“I am really looking forward to working alongside my fellow board members and Lancashire Cricket colleagues – who I have heard many great things about – to help the club achieve great success both on and off the field at Emirates Old Trafford.

“I am excited to have the opportunity to work with, and assist, the club on a number of ongoing projects to ensure that we lead the way with our digital media output, the already-well established live stream broadcast, maximise commercial opportunities in the UK and further afield and build a brighter and sustainable future for the club.”