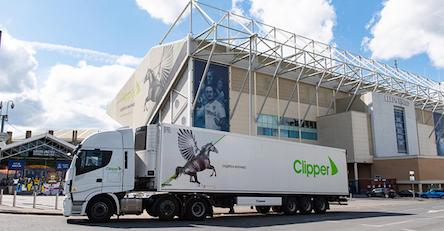 Leeds-based Clipper Logistics plc and GXO Logistics, Inc. of the United States announced they have reached “agreement on the key terms of a possible cash and share offer” for Clipper by GXO that values the Leeds firm at roughly £943 million.

“The board of Clipper has confirmed to GXO that, should a firm offer be made on the financial terms of the possible offer, it is minded to recommend it unanimously to Clipper shareholders, subject to the agreement of other customary terms and conditions,” said the companies in a statement.

“Any announcement by GXO of a firm intention to make an offer for Clipper remains subject to the satisfaction or waiver (by GXO) of a number of customary pre-conditions, including, inter alia, completion of confirmatory due diligence, agreement of the detailed terms of the possible offer and finalising the securing of debt financing.”

The companies said the possible offer is to acquire each Clipper ordinary share for a combination of cash and new GXO shares, with £6.90 in cash and “such number of new GXO shares” as would imply a valuation of £2.30.

“Accordingly … the possible offer will imply a total valuation of 920 pence per Clipper ordinary share,” said the companies.

Clipper has about 102.46 million shares outstanding, according to Bloomberg data.

“GXO has received irrevocable undertakings to vote in favour of an offer (and to elect to receive 50 per cent of their consideration in shares) made on the financial terms of the possible offer from, in aggregate, the holders of 23,889,180 Clipper shares, representing approximately 23.31 per cent. of Clipper’s issued share capital, including from Steve Parkin, Executive Chairman, Tony Mannix, CEO, and David Hodkin, CFO, in respect of their entire holdings of Clipper shares,” said the statement.

GXO calls itself  the “largest pure-play contract logistics provider in the world” and was a spin-off from XPO Logistics, Inc in August 2021 and is now separately listed on the New York Stock Exchange with a market capitalisation of $9.3 billion.

Clipper, which handles orders for chains including Asda, Asos and John Lewis, went public at £1 a share in 2014.

Parkin retains a roughly 15% stake in Clipper, having sold 10.8% of the firm’s equity for £62.2 million last January.