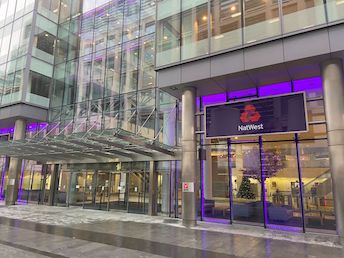 Manchester’s office market returned to growth in 2021, buoyed by £707 million of investment, according to real estate services specialist JLL.

Manchester accounts for more than a quarter of all floorspace leased across the Big Six – which also includes Birmingham, Bristol, Edinburgh, Glasgow and Leeds – which reached a combined total of 4.1 million sq ft in 2021, about 11% below the Big Six 10-year average.

In Manchester, the £707 million worth of deals that took place across the year were led by NatWest’s £292 million acquisition of One Hardman Boulevard – the largest single asset transaction within the Big Six.

Occupancy was driven by strong activity in the TMT and professional services sectors, which accounted for more than 50% of total take up, including digital streaming company  Roku’s leasing of 115,066 sq ft at Circle Square – the largest deal across the Big Six in 2021 and one of the most significant inward investments in Manchester’s history.

The city’s overall vacancy edged up to 6.4% and the new vacancy rate moved up to 2.9% following the completion of two new build schemes in Q4 — The Lincoln and 11 York Street.

“Real estate and infrastructure investment are at the centre of rebalancing the UK’s unequal economic geography, and surpassing pre-pandemic occupancy levels this year is likely to spell good news for the city and regional economy.”

Elaine Rossall, head of UK offices research at JLL, said: “We’ve seen a significant uptick in city footfall in recent weeks and, as firms look to facilitate more collaborative and attractive workspaces for their teams, we can expect new build space, especially those with a high sustainability, wellness and smart technology focus, to set new standards across the Big Six.

“That said, we should be mindful of the gap between prime space and the rest widening, with occupants and the race to net zero necessitating investment across the board.”