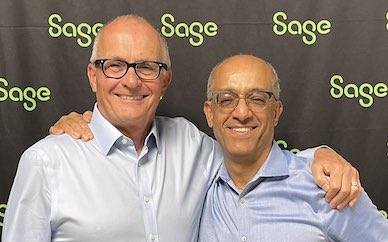 Sage Group, the Newcastle-based accounting software giant for SMEs, has appointed Aziz Benmalek as president of its North America region on a permanent basis.

Benmalek will continue to be part of the executive leadership team at the Newcastle FTSE 100 firm and report to CEO Steve Hare.

The CEO said: “Not only has the region shown strong commercial and strategic performance under Aziz’s leadership, but I have really appreciated and valued the role he has played as a member of the executive leadership team.

“His experience, from senior roles at organisations like Microsoft and Splunk will be hugely beneficial to our continued success in North America.

“Aziz will maintain accountability for partners, alliances and accountants globally, and further announcements will be made by Aziz about the leadership of this group separately.”

On May 13, Sage announced its first-half statutory revenue held steady at £934 million as it reported strong organic recurring revenue growth of 8%, driven by Sage Business Cloud growth of 21%.

Sage also announced it completed the acquisition of Futrli, a UK cash flow forecasting software product for SMEs and accountants.