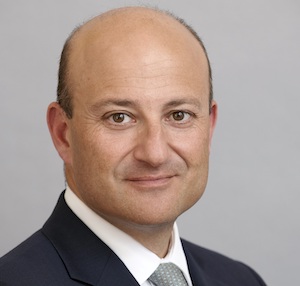 The Sheffield-based British Business Bank, the UK’s economic development bank, announced that Louis Taylor has been appointed its CEO and will take up the role from October 1.

Before joining UK Export Finance, Taylor had a career in banking and corporate finance, most recently with Standard Chartered Bank where he held positions as Chief Operating Officer for Group Treasury and also as CEO, Vietnam, Laos & Cambodia.

In September 2020, Catherine Lewis La Torre was appointed interim CEO of the bank to allow the UK government to map out the next phase of the bank’s development before commencing the search for a permanent CEO.

Lewis La Torre will continue in post as interim CEO through to the Autumn to ensure an orderly transition. She will stay at the bank in a role yet to be defined.

“He has successfully led UK Export Finance for more than six years and has made a considerable contribution to the agency since he joined in 2015.

“I am delighted that he has agreed to take on the role of CEO and look forward to working with him as we support the UK’s economic recovery through the bank’s debt and equity programmes, launch the Next Generation of Regional Funds, and also continue to address fraud and financial crime in relation to the Covid-19 loan schemes.”

Taylor said: “I am delighted to have the opportunity to lead the British Business Bank, with its well-established support for smaller businesses to start, grow and develop, as well as its important role as the UK’s economic development bank.

“Continuing to deliver on the government’s agenda for levelling up and driving towards net zero is an exciting prospect that I look forward to addressing with the bank’s talented team.”

Smith added: “I want to thank Catherine for the commitment and dedication she has given to the role of interim CEO.

“She has led the British Business Bank through a period of unprecedented growth and public scrutiny over the past two years.

“I am working closely with Catherine to define her future role and am delighted that she intends to stay with the bank.”