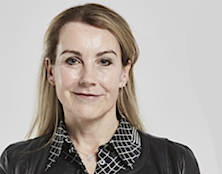 Bury-based FTSE 100 retailer JD Sports Fashion plc on Wednesday outlined much-anticipated plans to overhaul its corporate governance structure as it announced that its revenue increased 38.8% to £8.56 billion “significantly influenced by the impact of the recent acquisitions.”

In its delayed results for the 52 weeks ended January 29, 2022, JD Sports said its profit before tax and exceptional items was £947.2 million, more than double the previous record set in the year to February 1, 2020.

The company’s interim chair Helen Ashton said elevating governance standards at the firm “has been complex and not without challenge.”

She said the governance review has “highlighted the need for both greater relevant experience on the board and more formalisation in governance systems, risk management recording, the documentation and appraisal of internal controls and the mechanisms for reporting relevant matters to the regulatory authorities where appropriate.” 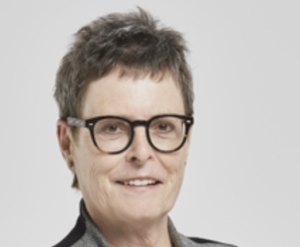 On Wednesday, Ashton said: “This result demonstrates our capacity for growth in both existing and new markets, and the strength of our global proposition and consumer engagement in store and online.

“We are, as always, indebted to our talented and committed colleagues across our group and send our thanks for the amazing work they do every day.

“We are particularly encouraged by the strong performance from the group’s banners in North America.

“It is increasingly evident that the group’s progress in North America, and the United States in particular, is having a long-term positive impact both on the group’s overall performance and its relationships with the international brands.

“Balancing the operational requirements of running and growing a business through a global pandemic with the obligations of elevating governance standards has been complex and not without challenge.

“A number of regulatory issues have arisen through this time which, following a series of independent investigations alongside the completion of the group’s governance review, have highlighted the need for both greater relevant experience on the board and more formalisation in governance systems, risk management recording, the documentation and appraisal of internal controls and the mechanisms for reporting relevant matters to the regulatory authorities where appropriate.

“The process to recruit a CEO is ongoing with a number of high calibre candidates at different stages of consideration including some who have only recently made their interest in the role known.

“A process to recruit a new non-executive chair is also progressing at pace.

“Meanwhile, the board is happy with how the interim arrangements are operating and will update the market on the progress of these search processes as appropriate.

“JD is a globally recognised iconic multichannel retailer with a proven strategy, clear momentum and a talented and resilient senior management team who are recognised within the sports fashion industry as some of the leading figures in their fields.

“The board and senior management team are united in their determination to build on the historical successes with the same laser focus on the consumer, commercial rigour, attention to service excellence and analytical intensity.

“We will continue to seek to inspire the emerging generation of aspirationally minded consumers through a connection to the universal culture of sport, music and fashion with the highest standards of consumer experience and execution, both in stores and online.

“Building on our status as a premier global strategic partner, we will also continue to deliver a product and brand mix which is emotionally engaging, exclusive and continually evolving.

“Whilst we are encouraged by the resilient nature of the consumer demand in the current year to date, we remain conscious of the headwinds that prevail at this time including the general global macro-economic and geopolitical situation.

“Profit for its expanded North American business has doubled whilst digital sales helped push a strong performance for its home UK & Irish business.

“Its Outdoor business also returned to profit during the year, group net cash increased, and the final dividend payment has been hiked by a fifth.

“For investors, an uncertain economic outlook and a cost-of-living crisis for consumers provide a tough backdrop. The loss of the group’s CEO and run-ins with the Competition and Markets Authority cannot be ignored, whilst Brexit and supply chain challenges have offered their own hurdles.

“On the upside, its move into North America continues to reap rewards, whilst governance issues are now being addressed.

“Online sales complement its high street outlets with both geographical and diversity of brand enjoyed. In all, and whilst some caution in management outlook comments is understandable, potential to build on current progress leaves analyst consensus opinion pointing towards a firm buy.”

AJ Bell investment director Russ Mould said: “While JD Sports has reported a record set of results, it must be noted that this financial period ended before the Ukraine crisis unfolded and inflation surged higher.

“Therefore, it is not representative of the current environment in which consumers are under considerable financial pressure and are losing confidence with regards to the economic outlook, which will curb their ability and willingness to keep spending at levels seen in 2021.

“This headwind is clear to see in the retailer’s forward earnings guidance. After seeing pre-tax profit more than double in the past financial year, JD now expects no profit growth at all in the current year.

“To make matters worse, the company is still searching for a new leader after splitting with executive chairman and architect of the group’s success, Peter Cowgill. Fortunately, whoever it hires will inherit a strong business with fingers in many pies.

“It is now more involved in the biking space, capitalising on interest from those having a mid-life crisis and happy to splash several thousand pounds on the latest carbon frame road bike, as well a general trend for people to be healthier and do more exercise.

“It has also expanded its presence in the gym market where there is a large cross-over with its customer base for clothing, outdoor equipment and bikes.”