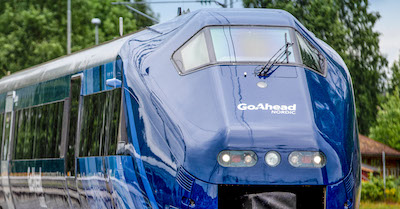 Newcastle-headquartered international bus and rail giant Go-Ahead Group announced that a new agreement has been reached between the Norwegian Railway Directorate and Go-Ahead Norway A/S, regarding the structure of its rail contract.

Go-Ahead said as a result of the “improved contractual arrangements” the group expects to significantly reduce the £66.2 million contract provision relating to its rail operation in Norway in its full year results for the year ending July 2, 2022.

“Under the original contract, which began in December 2019, the revenue risk associated with changes in passenger demand rested with Go-Ahead,” said Go-Ahead.

“The contract provides a revenue support scheme until the end of the contract.

“As a result of these improved contractual arrangements, the group expects to significantly reduce the £66.2m onerous contract provision relating to its rail operation in Norway in its full year results for the year ending 2 July 2022.”

Go-Ahead Group CEO Christian Schreyer said: “We’re pleased to have reached an agreement with the Norwegian Government which puts our rail contract onto a satisfactory footing.

“We’re proud of our colleagues at Go-Ahead Nordic who deliver an outstanding service and who have achieved the best customer satisfaction ratings on Norway’s railway network.”