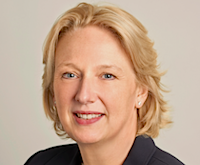 The CEO of Edinburgh and Newcastle-based Virgin Money, Jayne-Anne Gadhia, has supported calls for a “ministerial board” that champions the economic benefits of gender diversity.

But she stressed that companies must also explain why they have not signed a charter targeting female equality in financial services.

Gadhia said a move by City of London regulators to sign up to the Women in Finance charter had forced finance firms to confront the issue of gender equality.

However, she said there were still big financial firms that had failed to join the charter, which links executive bonuses to gender diversity targets such as achieving a 50-50 split of women and men in senior roles.

Gadhia stressed that the UK economy would benefit from stronger productivity if more women were in senior positions.

Speaking at the Treasury Select Committee, Gadhia said: “We have been really pleased with the impact the charter has had and the thing that I have noticed about it that has been so supportive is that the Treasury and the Chancellor — both George Osborne and Philip Hammond — have taken a personal interest in this.

“That has been very powerful.

“The support of Bank of England Governor Mark Carney when the charter was launched has not gone unnoticed.

“The PRA and the FCA have both signed up to the charter. I think having your main regulators absolutely 100% behind it has meant that financial services companies cannot ignore it.

“I think doing that more broadly at a national level through Government is of course going to make a big difference.

“The one thing that I would say is — despite all of that — we still have companies that have not signed and we should be doing everything that we can to make sure those that haven’t explain why they haven’t, or sign up.”

More than 140 financial companies have signed up to the Women in Finance charter.

The most controversial aspect of the charter has been the decision to link diversity targets to bonuses, Gadhia said.

She defended the move — saying it provided a clear signal to boards that female equality was a business issue.

Focusing on her own experiences, she said she had encountered challenges while working at organisations outside of Virgin Money.

“I hoped as a youngish person that I would be able to take a more senior role in that sales team subsequently, and I was told by a very senior person at Norwich Union that ‘you have not got the characteristics necessary to lead a sales force’.

“I said ‘what is that’, and he said ‘the two things you are missing are a thick skin and a load of bull’.

“It didn’t make me feel it was sexist at the time, but there was definitely an alpha-maleness about that, which I have never forgotten.”

She said that during her time at Royal Bank of Scotland there was a male culture and a “pervading sexism”.

She added: “I remember a very senior woman being very upset one day telling me that she was expected to sleep with her boss.

“That sort of thing of course means there are issues for women progressing through financial services.”

A spokesman for RBS said: “These allegations are shocking and are clearly unacceptable no matter how historical they may be.

“We actively encourage anyone who has experienced inappropriate behaviour to come forward so we can investigate.

“We also have a whistle blower facility where members of staff can talk in confidence.”