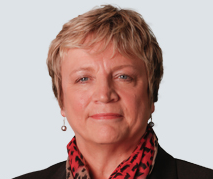 Edinburgh and Newcastle-based Virgin Money is set to be the only company in the FTSE 350 with an all-female leadership after the bank confirmed it is in talks to appoint former HSBC executive Irene Dorner as chair.

If Dorner joins Virgin Money, she would succeed Glen Moreno, who intends to retire in 2018, and would be joining Jayne-Anne Gadhia, the first female CEO of a listed British bank.

Gadhia has actively championed the cause of greater gender diversity in the British financial services sector and was the architect of the Women in Finance Charter to promote gender equality in the finance industry.

Virgin Money said in a stock market announcement: “Following recent press speculation, Virgin Money confirms that the company is in advanced discussions with respect to the appointment of Irene Dorner as independent non-executive director and chair elect to the Virgin Money board of directors.

“Any appointment would be subject to regulatory approval.

“The company will issue a further announcement once any appointment is made.”

Dorner, 62, has held multiple roles at HSBC, including acting as chief executive of HSBC USA.

Described by Reuters as “a formidable and well-known female voice in the corporate arena,” Dorner has also been a non-executive director at French insurer AXA and British engineering group Rolls Royce.

Women directors are still relatively rare in the UK despite government efforts.

Last year, nearly two-thirds of Britain’s 350 biggest listed companies failed to reach a target of having 25 percent of female board members, according to an inquiry by the Equalities and Human Rights Commission into fairness, transparency and diversity in FTSE 350 board appointments.

A recent report commissioned by Virgin Money and the UK government found that although the number of women on FTSE 100 boards across financial services companies and other sectors has risen to 26.1%, only 9.6% of these women hold executive positions.

Other women in senior roles in finance include Ana Botin, executive chairman of Santander, and Inga Beale, CEO of Lloyd’s of London.
SHARE TWEET PIN SHARE