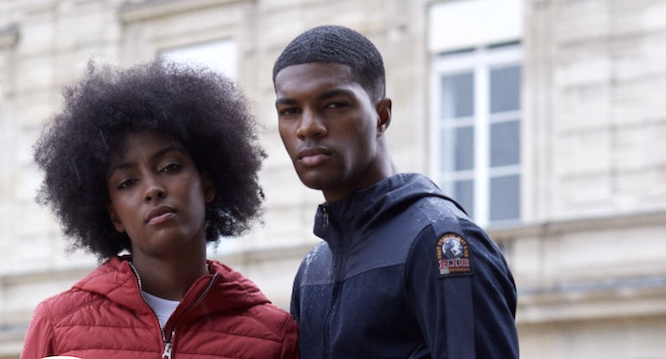 Shares of Bury-based FTSE 100 retailer JD Sports Fashion Plc rose about 7% on Tuesday after it said it was “reassured” and “generally encouraged” by its performance since stores re-opened and with its performance in the first few weeks of the second half of the year.

JD Sports also reinstated guidance for the full year, saying that “assuming a prudent but realistic set of assumptions” it anticipates a headline profit before tax for the full year of at least £265 million “when calculated under IFRS 16 ‘Leases’.”

The positive outlook came despite results for the 26 weeks ended August 1, 2020, showing revenue slipped 6.5% to £2.54 billion and profit before tax and exceptional items fell 61% to £61.9 million.

“Agile omni-channel capabilities developed over a number of years ensured that consumers across all markets enjoyed a consistent experience when switching from offline to online channels,” said JD Sports.

“Reduction in profitability has arisen as a result of the additional costs associated with this shift in revenues to online channels particularly during period of temporary store closures.

“Excellent performance in the United States with Finish Line and JD capitalising fully on the enhanced consumer demand consequent to the US Government fiscal stimulus which expired on 31 July.”

Pentland Group, which owns brands including Speedo, Canterbury, Berghaus and Lacoste Chaussures, is a major shareholder of JD Sports with a stake of more than 50%.

JD Sports executive chairman Peter Cowgill said: “Ultimately, given the unique circumstances of this trading period, we are reassured by the strength of the JD brand as demonstrated by the retention of more than 90% of the total revenues.

“However, it should be recognised that this has necessitated additional costs principally relating to the provision of enhanced health and safety measures, in all areas of the business, together with increased costs of online fulfilment, including performance marketing.

“Whilst these additional costs have impacted on the result for the period, the group has retained a significant level of profitability with a profit before tax and exceptional items of £61.9 million (2019: £158.6 million).

“However, retail footfall remains comparatively weak and the recent strengthening of measures in many countries and the subsequent temporary closure of some stores reminds us that COVID-19 remains an ongoing challenge.

“These, combined with an agile operational infrastructure, provide us with a robust platform for further positive development.

“We also believe that it is appropriate for the group to reinstate guidance for the full year.

“Assuming a prudent but realistic set of assumptions for the peak trading period that reflect an uncertain outlook for consumer confidence, the ongoing challenges of attracting footfall to stores and the potential for further operational restrictions; we would presently anticipate delivering a headline profit before tax for the full year of at least £265 million when calculated under IFRS 16 ‘Leases’.”