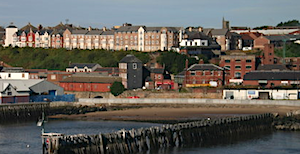 A new report showed that North Shields has seen the North East of England region’s biggest house value growth over the last 12 months, with prices in December 2016 about 9.6% higher than at the same time last year — a jump of £16,410.

The report published by North East property sales and lettings firm KIS Group revealed that Tynemouth has seen prices rise fastest in cash terms, with a typical property there worth £16,788 more at the end of 2016 compared to 2015.

Whitburn (+5.3%) was the strongest performer south of the River Tyne.

Peterlee was the worst performer in percentage terms, with house values falling 3.2% over the past 12 months. Darlington (-2.5%) and Easington (-0.6%) also saw prices fall.

Darlington was the poorest performing area in cash terms, with prices £4,123 lower at the end of 2016 compared to the end of 2015.

Ajay Jagota of KIS Group said in the report: “General consensus is that 2016 has been at best a mixed year, but that’s certainly not the case if you own a property north of the Tyne — particularly if that property is in North Shields, Whitley Bay or Tynemouth, where it’s value has risen by at least £15,000 since last Christmas.

“North Shields might not be the first place that comes to mind when you think of North East property hotspots, but statistically that’s what it is, with property values outstripping more fashionable areas.

“December is historically the quietest month for estate agents with people’s purchasing decisions focused elsewhere, so it’s no surprise to see prices fall back from last month.

“The buzz in the industry seems to be that house price growth in the regions may outstrip London and the South East in 2017 – and by the looks of the sustained and sustainable growth we’ve seen in 2016, there’s certainly some evidence to support that theory.”