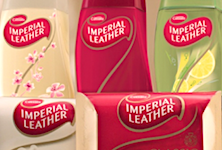 Shares of Manchester-based soaps and consumer products company PZ Cussons have fallen roughly 10% since it said on Tuesday that statutory profit before tax fell 37.8% to £24.9 million and revenue fell 2% to £378.2 million in the six months to November 30, 2016.

Cussons told investors it had experienced challenging macro conditions and that a significant devaluation of the Naira currency had affected its largest market Nigeria.

Cussons shares were as high as 337p before Tuesday’s results but are now trading around 299p, giving the company a stock markets value of roughly £1.3 billion, according to Reuters data.

“Africa’s results have mainly been affected by the translation impact of an approximate 40% devaluation of the Naira to US Dollar on the interbank market, as well as a further weakening on the secondary market which is causing a transactional impact through higher costs,” said Cussons in its results statement.

“Successive changes to relative pricing over the past twelve months have been necessary to mitigate these higher costs resulting in lower volumes being sold at higher prices.”

Nonetheless, Cussons chair Caroline Silver said the board increased the interim dividend by 2.3% to 2.67p per share.

Silver said after Tuesday’s results: “In this first half of the 2017 financial year, the group has faced a backdrop full of challenges across most of the markets where we operate.

“This was by no means unexpected and so, despite this, the results presented today reflect a solid performance with revenue and profit only slightly lower than the previous period.

“The strength and breadth of the group’s product portfolio has allowed us to hold or grow the share of our brands in our main markets and product categories.

“In Nigeria, consumers are faced with an almost doubling of costs for everything they have to buy and in this environment they turn strongly to brands that they know, love and trust …

‘We remain on track to deliver our full year expectations.

“In this context, the board has increased the interim dividend by 2.3% to 2.67p per share.”