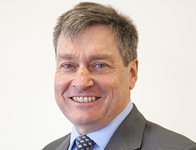 Leeds-based WYG, the AIM-listed global project management and technical consultancy, said chairman Mike McTighe will retire at the next AGM in September and be succeeded by Jeremy Beeton, currently senior independent non-executive director.

WYG shares were trading up about 2.2% at around 133p, giving the firm a current stock market value of around £91 million.

WYG employs 1,600 people in more than 50 locations across the UK, Europe, Africa, Asia and the Middle East.

McTighe was appointed non-executive chairman in August 2009 and under his chairmanship WYG has undergone a comprehensive financial restructuring and recovery.

Beeton joined the WYG board in October 2015 and has more than 40 years’ international business experience including in government, corporate, project management, construction and facilities management.

Beeton is currently a non-executive director of SSE plc and John Laing Group plc, a member of the advisory board of PricewaterhouseCoopers LLP and sits on the governing Court of Strathclyde University.

He spent five years as director general of the UK Government Olympic Executive where he was responsible for supervising delivery of the London Olympic Games.

Before that, Beeton was principal vice-president and director of Bechtel Limited with responsibility for Bechtel’s worldwide civil engineering projects in its infrastructure and aviation businesses.

McTighe said: “I have enjoyed tremendously my time as chairman: it has been a personally challenging yet rewarding journey and my privilege to work with such a great team.

“The business was facing some major challenges when we embarked on the turnaround strategy eight years ago, and it is to the huge credit of everyone involved in WYG that the business is now in such robust health.

“In particular, Paul Hamer deserves exceptional recognition for the way in which he has led the executive team and been my close partner in this endeavour.

“I am delighted that Jeremy has agreed to succeed me.

“Since joining WYG in October 2015, he has been closely involved in our strategic planning as the business enters into a new phase of growth and development and is exactly what the company needs in a chairman going forward.”

Beeton said: “WYG is a leader in many of its markets with strong and diverse expertise across the business which means it has great potential for sustained profitable growth.

“I am delighted to be taking up this new role and to be working with the board and the senior leadership team to make the most of the wealth of opportunities for WYG in a changing world.”

WYG CEO Paul Hamer said: “On behalf of everyone at WYG I would like to thank Mike for his great service to the Company over the past eight years. His leadership and expertise have contributed significantly to the successful turnaround.

“I am delighted that Jeremy, with his wealth of experience in our markets, is to take over from Mike, and I very much look forward to working with him.”