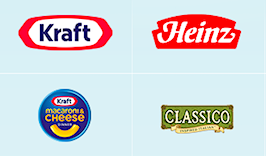 Unilever and Kraft Heinz announced in a joint statement on Sunday that Kraft Heinz “has amicably agreed to withdraw its proposal for a combination of the two companies.”

“Our intention was to proceed on a friendly basis, but it was made clear Unilever did not wish to pursue a transaction.

“It is best to step away early so both companies can focus on their own independent plans to generate value.”

A merger of the companies would be the third-biggest takeover in history and the largest acquisition ever of a UK-based company, according to Thomson Reuters data.

The move alarmed union leaders and led to fears over British jobs.

Reports suggested Buffett and 3G Capital’s Jorge Paulo Lemann had been influenced by a negative reaction from some British politicians to a potential takeover of Unilever.

Some in the UK government had voiced concern about another British company being acquired by a foreign buyer following the vote to leave the EU, which has led to a fall in the value of the pound, making UK firms cheaper to purchase.

“Unilever and Kraft Heinz hold each other in high regard,” said Sunday’s joint statement.

“Kraft Heinz has the utmost respect for the culture, strategy and leadership of Unilever.”