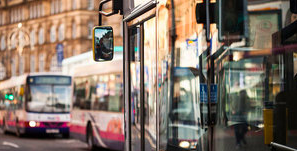 Leeds is set to benefit from a £173.5 million UK government funding package that will provide high frequency busways, improved park and ride facilities and better stops and signs.

In addition, First Group has agreed in principle to commit £71 million to providing 284 new low emission buses by 2020 for use in Leeds.

UK government transport minister Andrew Jones said: “New segregated bus corridors and investment in park and ride schemes will be a huge benefit to people who live and work in Leeds, and those who visit the city.

“Better transport facilities don’t just help people get around, they help them get on – connecting them to jobs and helping to deliver economic growth in the north.”

Leeds City Council leader Judith Blake said: “We are delighted that the Department for Transport has given its support for our plans which have the potential to transform public transport in Leeds, with improvements we can deliver in the coming years in keeping with what the people of Leeds told us they want to see.

“That is making it quicker and easier for everyone to be able to move around the city as well as connecting people and businesses to places and jobs, increasing productivity and supporting major economic growth areas.”

West Yorkshire Combined Authority Transport Chair Keith Wakefield said: “These plans to build on successful developments on the county’s rail and bus networks are in line with the combined authority’s aim of developing a modern integrated transport network that benefits the whole of Leeds City Region.”

“We remain committed to our pledge to invest £71 million in ultra-low emission vehicles by the end of 2020, but it’s hugely important that we continue to work in partnership with Leeds City Council and the West Yorkshire Combined Authority so that we can tackle the issue of congestion thereby improving the reliability of services and encouraging even more people to travel by bus.”