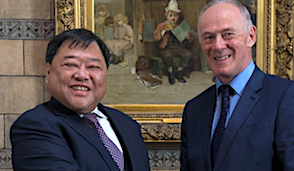 Far East Consortium International Limited (FEC) said it has been selected to work with the Manchester City Council to deliver the “Northern Gateway” — possibly the largest residential regeneration project ever undertaken in Manchester.

The investment partnership will deliver up to 10,000 new homes over the next decade.

The selection of FEC is expected to generate more than £1 billion of investment and will unlock the residential development potential of more than 300 acres of land sweeping north from Victoria Station and taking in the neighbourhoods of New Cross, the Lower Irk Valley and Collyhurst.

FEC chairman David Chiu said: “Manchester is the third-most visited city in the UK and is famed for its architecture, culture, musical exports and media links along with an impressive heritage of scientific and engineering innovations.

“I myself have been in the city many times and am of the belief this project is a top priority for FEC in the UK.