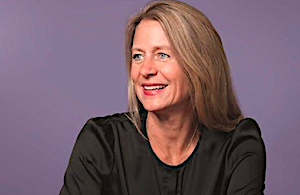 The North West Business Leadership Team (NWBLT) has joined business chiefs from around the UK in calling for greater devolution to British cities and regions as the next government focuses on Brexit negotiations.

The NWBLT represents national and international businesses with substantial commitments in the North West of England.

In a joint letter to the political parties, the NWBLT, London First, and think tank Centre for Cities argued that greater control over revenues generated by locally raised taxes would give local institutions greater incentive to drive investment and growth, and the means to fund it.

Juergen Maier, chair of the NWBLT and CEO of Siemens UK, said: “The election of the new City Region Mayors is an opportunity for us to work much more closely together to develop the strong regions we need if we are to effectively deliver on the promises of the Government’s forthcoming industrial strategy.

“This matters not just to the North but to the future success of the entire UK economy.”

Jasmine Whitbread, chief executive of London First, said: “Speeding up devolution in England will help local government prioritise investments that will drive growth across the country — the so-called devolution dividend — and get the UK into the best possible shape ahead of 2019.

“In London, less than 10% of our income is directly managed by those people elected locally and closest to what our capital needs.

“To keep the economy growing, central government will have to loosen its grip on the purse strings.”

Andrew Carter, chief executive of Centre for Cities said: “In recent years we’ve seen important steps towards reversing decades of centralisation in the British political system, and the next government should build on this progress by extending devolution across the country.

“That means working with the new metro mayors to make the most of the opportunities they face, and agreeing more devolution deals with other big cities like Leeds and Newcastle.

“It also means handing places more fiscal powers, to give them real incentives and measures to grow their local economies.”

The letter from the organisations states that: