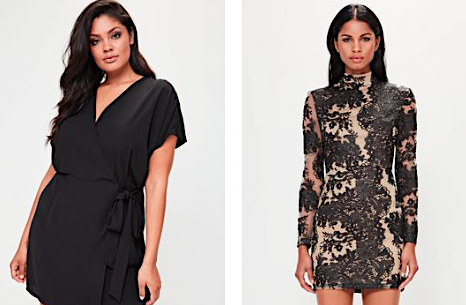 Move over London, Paris and New York — Manchester is catching up fast as an international fashion business hub.

Manchester is now home to a number of powerhouse fashion brands including Boohoo.com, Missguided, Lindy Bop, Simply Be, Jacamo and JD Williams.

It also has the infrastructure, with a proud industrial history in textiles and first-class fashion business education and training opportunities.

Maria Malone, Principal Lecturer in Fashion Business at Manchester Metropolitan University said: “The heritage of fashion in Manchester is everywhere.

“As the home of the industrial revolution and the heart of mass produced textiles and garments, Manchester is surrounded by historic and current fashion in the form of museums.”

Manchester-based fashion firm Boohoo.com has seen its share price rise from about 22p at the start of 2015 to around 224p today, giving it a current stockmarket value of around £2.5 billion, according to Bloomberg data.

Manchester’s N Brown Group is home to brands such as the Simply Be for the plus size female, JD Williams for the over 45 market, and Jacamo for men up to 5XL.

“It’s home to a fabulous university which has a fantastic reputation for delivering talented fashion graduates into the industry, giving a boost to the local economy.”

Manchester provides a number of fashion education programs that teach everything from fashion buying, and merchandising to business and management.

Fashion at Manchester Metropolitan was ranked fourth out of 56 UK universities in The Guardian University rankings. The school currently has 2,263 students at the Fashion Institute.

Malone offered her view on why brands like Boohoo and Missguided are so successful: “These two companies are enjoying rapid expansion due to their continued success with cutting edge promotion and highly demanded affordable design.

“They have a flexible and rapid supply chain, set up to react quickly to the wants and needs of their target customer.

“They have a young team of staff, many educated by us, who know instinctively who the customer is, what they want and how much they are prepared to pay and they bring this to the customer quickly.”

Private fashion firms in Manchester are also making a name for themselves.

Cross designs the products and oversees a team of designers — the creative side of the Lindy Bop brand.

Kieron Ellis manages the finance and operations sides of the business at Lindy Bop, after working with another Manchester fashion brand.

Cross and Ellis said the vibe of Manchester “directly affected the Lindy Bop brand” since it was founded in East Yorkshire in 2011 before the head office moved to Manchester in 2015.

They said the move was directly influenced by Manchester’s reputation in the UK fashion industry.

In a joint statement, they said: “It creates specialised expertise within the fashion industry which Manchester companies can benefit from, which in turn can help the Manchester community when these companies grow and develop.

“Currently there are several fashion companies from Manchester growing successfully on the national and international stage, which can only benefit the city.”