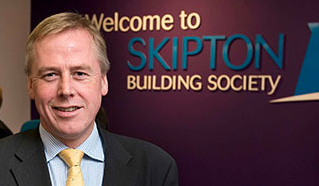 Skipton said it increased its Common Equity Tier 1 ratio to 28.9% and its capital position was strengthened by the disposal of a £220 million portfolio of non-performing or recently non-performing loans which resulted in a £15 million loss.

The society said it broadened its wholesale funding base and lengthened its maturity by returning to the senior unsecured market for the first time in a decade, raising £350 million for a five year term.

Total group profit before tax was £67 million, down from £76.8 million in the same period last year.

Skipton’s net interest margin fell to 1.11% from 1.18% in the same period last year, which the society said was “a reflection of a more competitive mortgage market and the ongoing low bank base rate environment.”

Skipton’s group chief executive David Cutter said: “These are yet another set of strong results for Skipton, and we have seen continued strong growth in our mortgage and savings balances whilst continuing to build our capital base.

“The more challenging economic environment coincides with a period of increased political uncertainty, as not only is the Government in the early stages of negotiating the UK’s withdrawal from the European Union, but an unexpected General Election resulted in a hung Parliament.

“These conditions make forecasting difficult and create a need for caution.

“We remain vigilant regarding potential economic headwinds, but the capital and funding actions taken during the period mean we are well placed to manage the risks that we face and to capitalise upon any opportunities that may arise for the benefit of our members.”

Revenue up to £242 million at Doncaster’s Polypipe