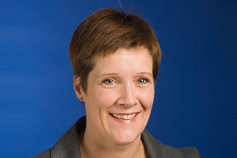 Quayle is the first woman to be appointed as Manchester Office Senior Partner and she takes over from Jonathan Holt, who is now the head of KPMG’s UK Financial Services Practice.

Quayle said: “Having played an active role in the business community of this fantastic city region for many years, it is such a privilege to be now given the opportunity to lead one of KPMG’s largest regional offices in the UK.”

She currently leads the KPMG’s audit practice across Northern England and has been with KPMG for 21 years and a partner for nine years.

Quayle continued: “Manchester’s standing as a vibrant, dynamic and forward-thinking city on both the national and international stage is ever-growing, and I am excited by the opportunity to be able to play a part in its future development.

“My priorities over the coming months will be to ensure that we continue to deliver best-in-class services to our clients across the region, while maintaining a keen focus on developing the skills of our people, ensuring we can recruit and retain the very best talent.”

North region chair for KPMG Chris Hearld said: “Nicola has outstanding credentials, having spent time working with the boards of some of the region’s biggest and most entrepreneurial businesses.

“She is passionate about our people, and in particular their skills and development, and is a great advocate for the financial and professional services community at large.

“I know that she will lead the Manchester office with drive and enthusiasm, building on the success we have achieved in recent years.”

Mick Davies will replace Quayle as head of audit in the North.

Davies has spent 20 years at KPMG, dealing with clients both in the UK and internationally across a range of sectors.

Previously based in London, Davies spent the past 13 years working with clients in the North of England including a number of the region’s best known PLCs.

His current client base includes a number of businesses that have successfully used technology to disrupt their markets.

Davies said: “While audit remains the cornerstone of our business, there’s no doubt that it is undergoing a period of enormous change and opportunity as increasing use of data and analytics transforms the audit process and regulatory reform prompts great swathes of tendering activity.

“My focus as head of audit for the North will be on quality and on harnessing new technology to help grow our market share across the region.”

Hearld added: “With audit quality now an issue on the agenda of every board and audit committee, the role of ‘head of audit’ has never been more important.

“Mick has a great track record and as auditor to some of the region’s highest ranking FTSE250 businesses, is very much at the sharp end of the modern audit environment …

“We’ve made no secret of the fact that in recent years, we have invested heavily across the North region, with new offices, a raft of promotions across all grades and the launch of new service lines including our hugely successful Enterprise offering.

“Both Nicola and Mick’s appointments position the Manchester office brilliantly as we seek to build on this momentum and grow our business further.”

Co-op in exclusive talks to buy Nisa for £140m