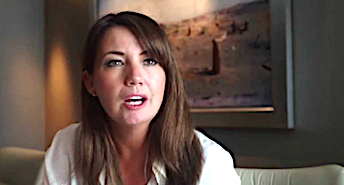 Carol Kane, the joint CEO of Manchester-based online fashion giant Boohoo.com, sold 4.65 million of her shares in the firm for about £2.30 each to make £10.7 million, according to a stock market statement by the firm.

The share sale was disclosed a day after Boohoo.com shares fell 9% amid concerns over margin pressures despite the retailer reporting that revenue rose 106% and profit jumped 41% for the six months to August 31.

On Thursday, shares in Boohoo.com were down another 5% at around 207p.

The company’s shares have risen more than 100% in the past year.

Retail analyst Nick Bubb said: “Director share selling is never easy to time well, but yesterday’s share sale by Boohoo’s joint CEO Carol Kane seems to have hit a nerve in the City, given the concerns about margin pressure.”

The company’s statement said: “Boohoo.com plc … announces that, Carol Kane, joint chief executive officer, has sold 4,650,000 ordinary shares of 1 pence each on 27 September 2017 at an average price of 230.1046p per ordinary share.

“Following this transaction, Carol has an interest in 46,330,421 ordinary shares, representing approximately 4.04 per cent of the company’s issued ordinary share capital.”