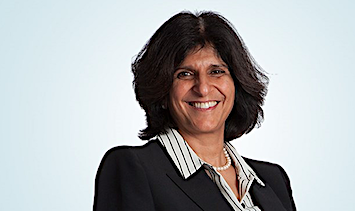 Wolstenholme assumed the role of executive chairman in August after shares of Provident Financial plummeted more than 70% when it issued a second profit warning in roughly two months and said its CEO Peter Crook would leave the company and its dividend would be suspended.

Le May said: “We are deeply shocked and saddened.

“The thoughts of everyone at Provident are with Manjit’s family and friends, and we extend our deepest sympathies to them.

“It was a great privilege to know her personally and to work alongside her over the last few years.

“She has shown exceptional leadership in stepping up to the role of executive chairman over the last few months.

“Manjit was known and respected for her achievements and championing diversity in British business, and we would like to pay tribute to her contribution to the business landscape.”