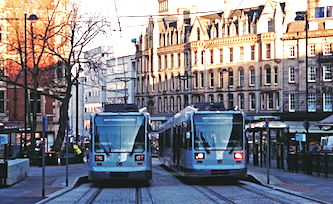 Capital projects costing more than £630 million have been put forward in response to a call for funding bids by Sheffield City Region (SCR).

The news comes after the city region invited organisations to bid for funds to enable new transport and infrastructure projects to get off the ground.

A total of 52 bids were received in response to the “open call” and these will now be assessed for their suitability in receiving funds from the Sheffield City Region Infrastructure Fund (SCRIF).

The schemes are together asking for a total of £207 million from SCRIF, to enable schemes costing £630 million to go ahead.

The SCRIF fund is made up of national Local Growth Fund resources, part of the Government’s continued investment in the Northern Powerhouse.

The news came at a meeting of the SCR Combined Authority (CA) on Monday at which Councillor Chris Read, leader of Rotherham Council, was appointed the new chairman of the CA.

Read said: “This is an exciting time for Sheffield City Region and it is a privilege to take up the position of chairman of the Combined Authority.

“I am also pleased to see so many bids have been submitted in response to the open call.

“The ‘let’s get it done’ work-ethic in Sheffield City Region harnesses drive and ambition.

“At SCR, we deliver.

“We keep our promises and get things done in an honest, no-nonsense way.

“This is helping us to build a truly competitive centre of business excellence. I look forward to seeing the best of these schemes coming through to fruition.”

Read replaces Steve Houghton, leader of Barnsley Council, as chairman of the CA.

Houghton said: “It has been a privilege to be the chair of the Sheffield City Region.  It is important now that I focus on Barnsley’s ambitions for devolution.

“In the meantime, I will do as much as I can to support the new chair.”